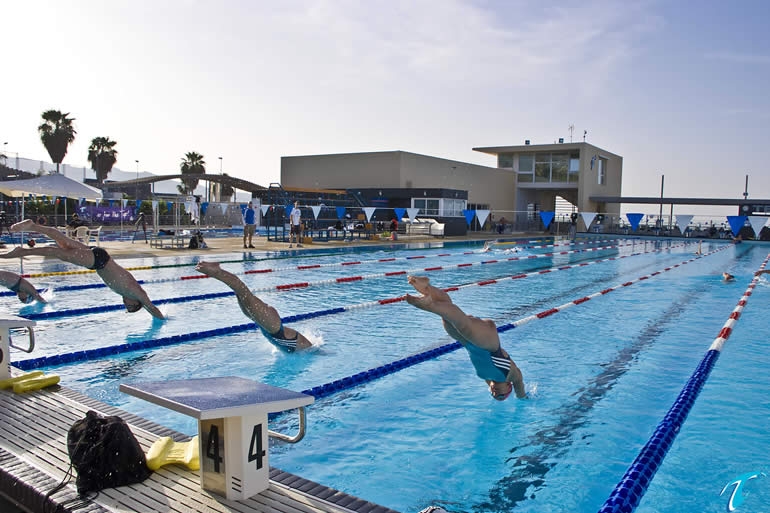 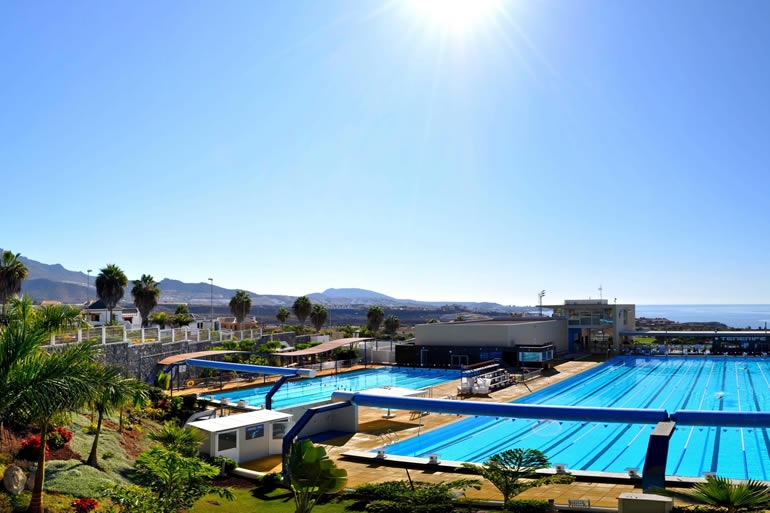 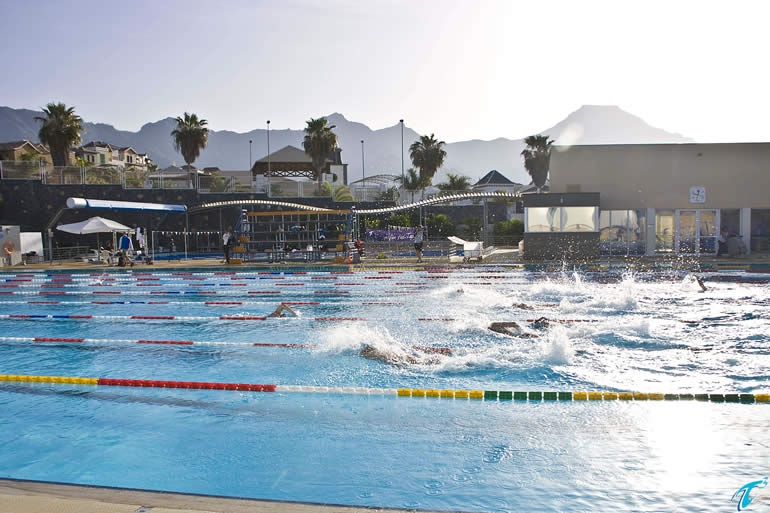 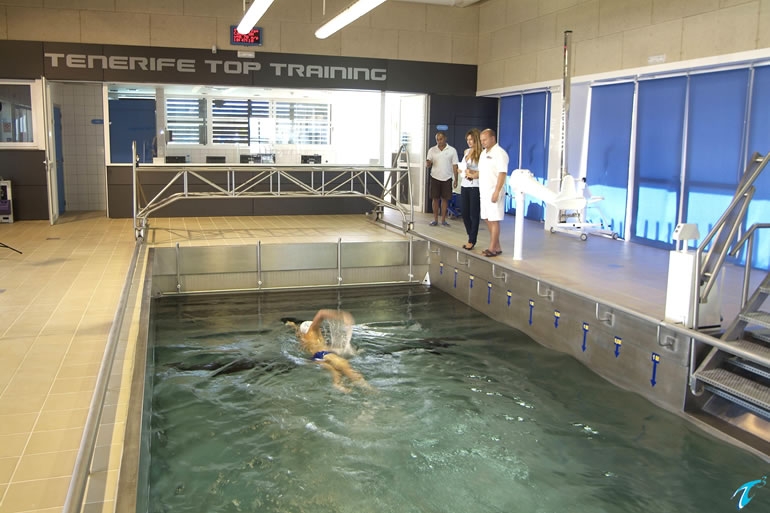 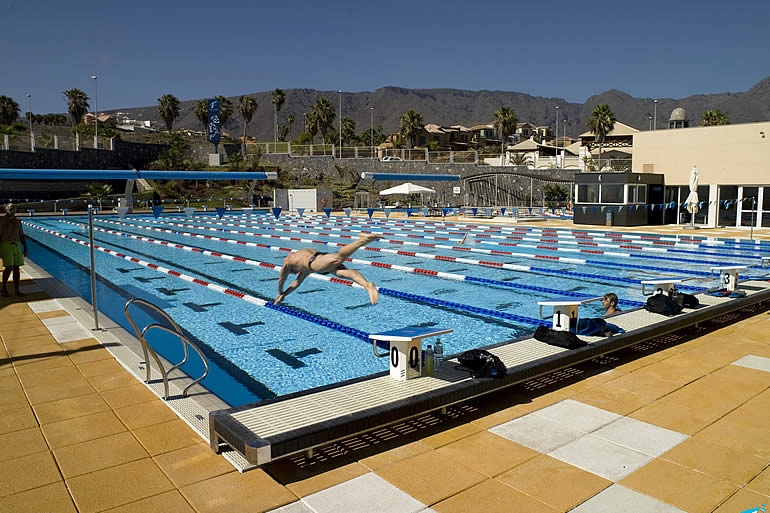 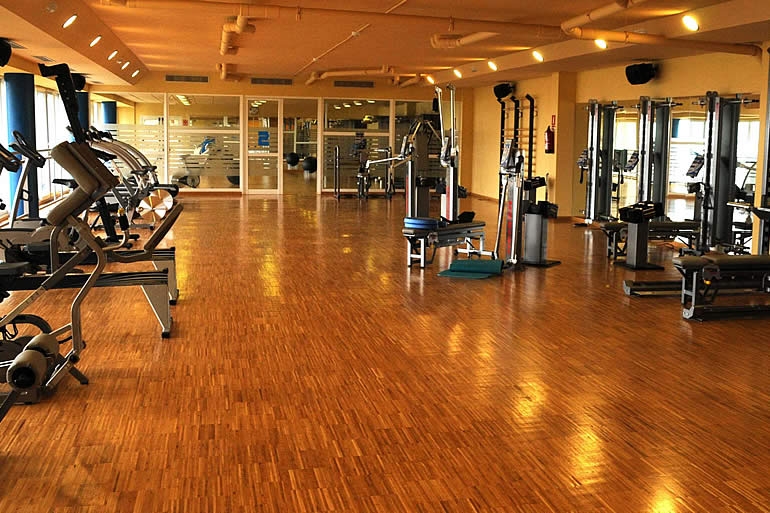 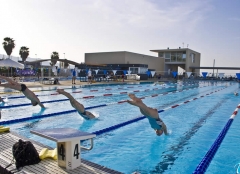 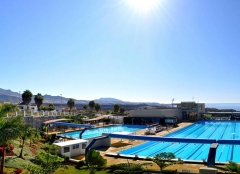 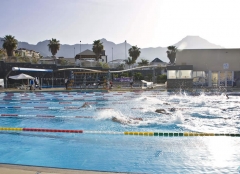 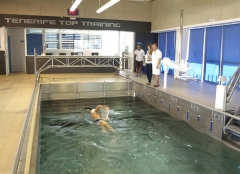 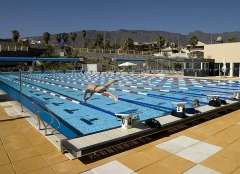 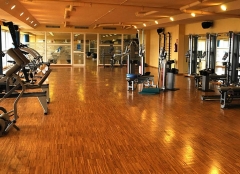 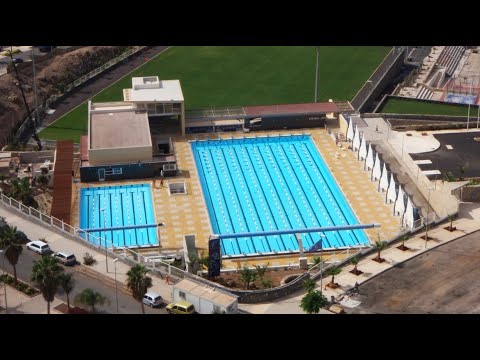 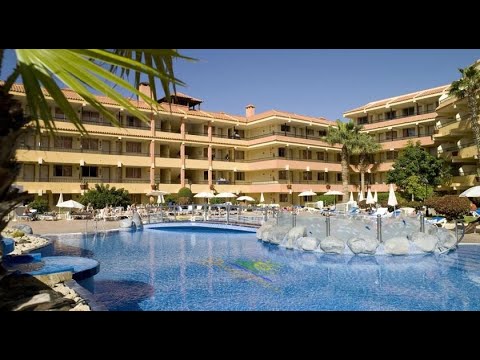 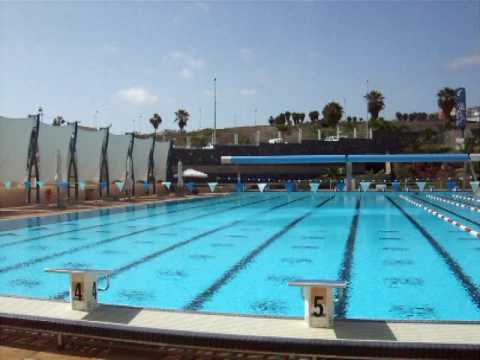 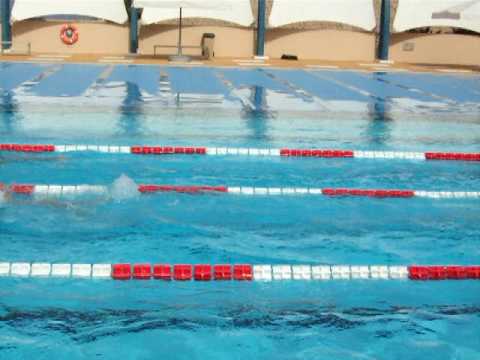 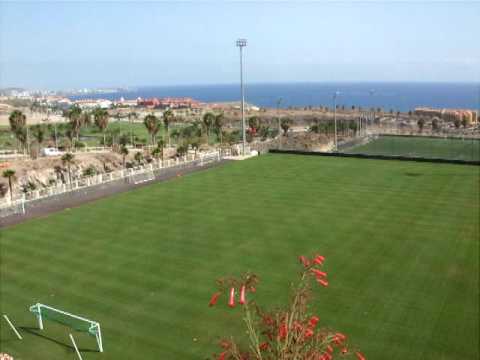 Tenerife, the largest of Spain’s Canary Islands, is a very popular holiday destination and renown for its warm weather, excellent beaches, upscale resorts and fabulous cuisine.

It is also home to Tenerife Top Training, otherwise known as T3, which is a state of the art sports complex built in La Caleta in the southern corner of the island.  T3 is probably one of the greatest swimming training facilities in Europe, if not the World.

Many National swim teams have used the centre including the likes of Japan, Germany, Finland, France, Russia, Italy and Great Britain. In addition to national swim teams, T3 attracts many swimming clubs from around Europe and professional teams from other sports.

Just 30 minutes from Tenerife South airport and close to Costa Adeje, the sports centre boasts a 10 lane 50m pool, an adjacent 25m pool, two gyms, a sports science centre and swimming flume. In addition it has two full sized grass training pitches, tennis courts, squash and many other facilities for a variety of sports. 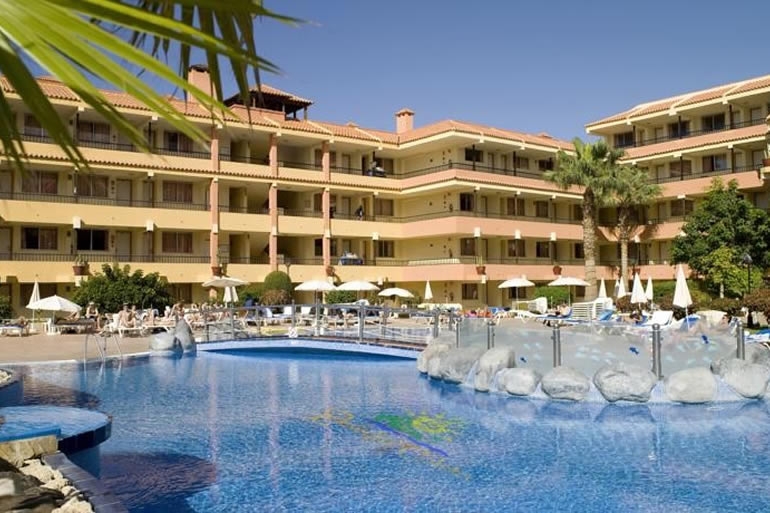 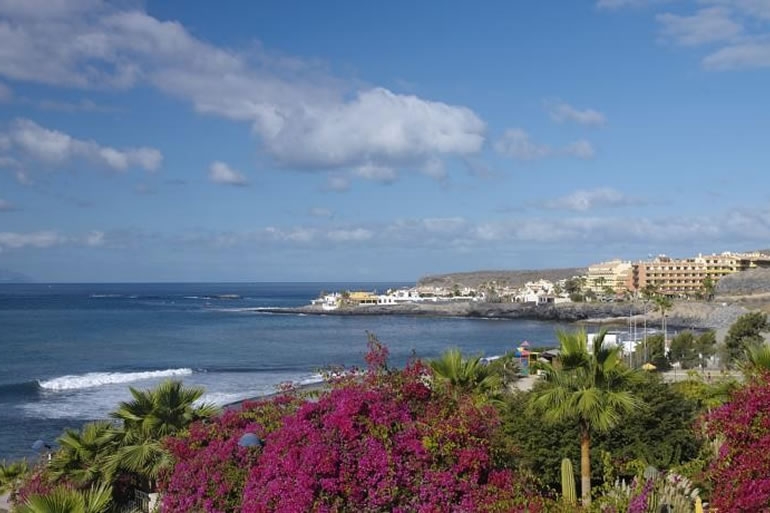 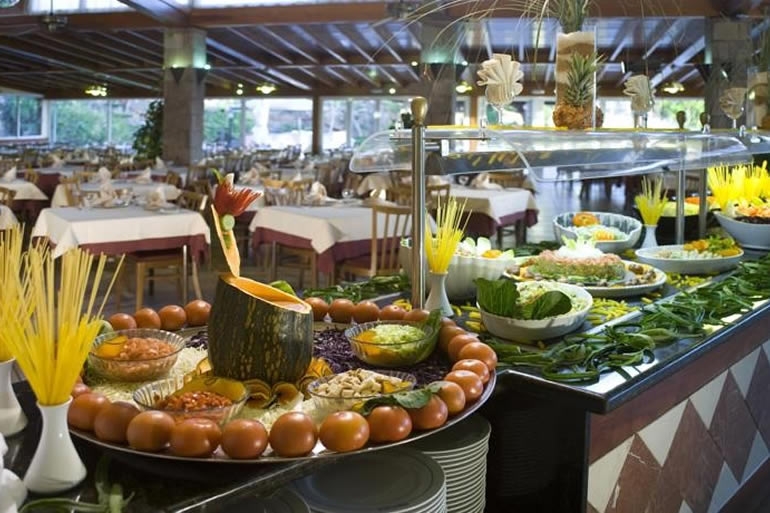 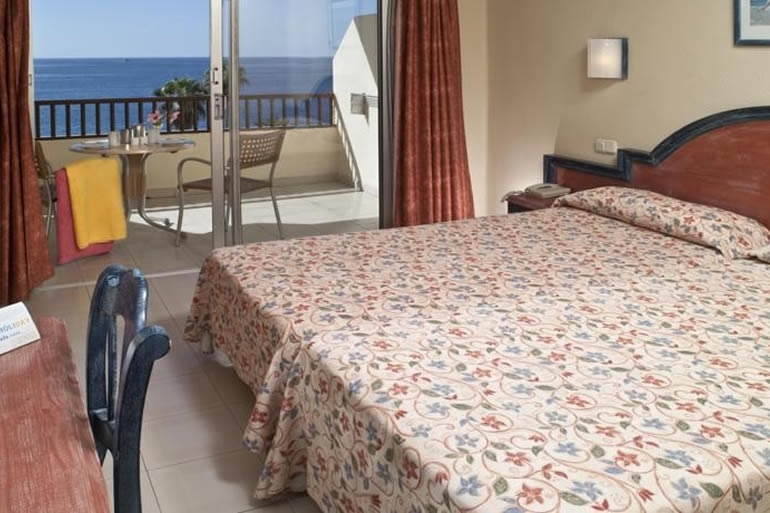 Previous Next
Close to the beach.15 min walk to sport complex

Teams will stay in the nearby Jardin Caleta Aparthotel which is just a 15 minute walk from the sports complex.

The 3* sports hotel is just 200 metres from the beach and comprises of 244 apartments, including eight suites and 12 studios. There is a choice of single, twin and triple room occupancy.

Most teams stay at this aparthotel and the facilities include a restaurant, conference facilities, massage/physio rooms,  a sports bar, two swimming pools, table tennis and more.

The picturesque town of La Caleta is just a short walk away and the larger resort of Costa Adeje only a 5 minute taxi ride.

We can also offer a choice of 4 and 5 star hotels if required.  Please ask for further details 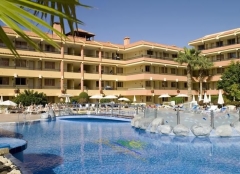 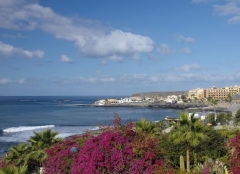 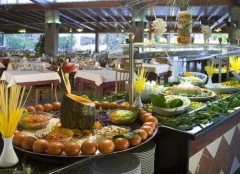 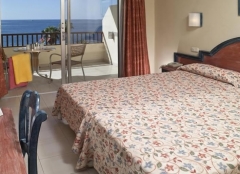 “Our overall experience is that this is the best training camp so far. We have experienced quit a few over the years. Everything worked out perfectly. The training facility was in perfect condition, the staff was very friendly and very helpful. The weather and climate were perfect for outdoor swimming – 20 to 25 degrees every day. The hotel and accommodation were as expected – friendly staff and rooms were equipped with all necessary facilities. The hotel offered a buffet with a variety of choices and with plenty of food which is of most importance to our swimmers who are active 5 to 6 hours every day. The staff was friendly and accommodated our wish for extra breakfast for some of our swimmers. Our overall experience is that that our recent camp was of a very high standard.”

“The hotel rooms/apartments were fine. There was a bit of noise as it was also a hotel for tourists. The food was good and varied and it was great for sportsmen and women.  The training facilities at T3 were perfect and really good.”

“The hotel and training facilities were excellent and couldn’t be faulted. The swimmers particularly enjoyed the session in the flume, which was well organised.

We had a number of swimmers with severe food allergies and other dietary requirements. All were catered for and the kitchen staff dealt with all requests in a friendly and efficient manner.

Our team managers liked the fact that there were no internal corridors, meaning swimmers’ whereabouts were easily monitored from all areas of the hotel. It was also easy to observe the swimmers at the hotel’s pool area during free-time, without actually having to be on poolside.

“The set up with Tenerife Top Training and sister hotel, Caleta Jardin, provides a world class combination of high quality training and home comforts. If you are looking to take your team abroad, there are few better places in Europe.”

“Perfect camp facilities and location, facility was all we would have asked for and the staff at T3 were helpful and friendly.”

“Want to add a review of this resort, to help others decide on their ideal swimming training destination?

Within approximately 70 words, email your review to SportsAbroad. Please also include resort title, team name, and travel dates. If your review is selected, it will appear here on our website. Your feedback is also important for us to constantly improve the packages we offer. We’re looking forward to hearing from you!”

Check availability for T3, La Caleta
Check the availability of this swimming training resort with Sports Abroad by simply filling in the fields below and submitting you enquiry. We’ll come back to you within 48 hours with our recommendations.